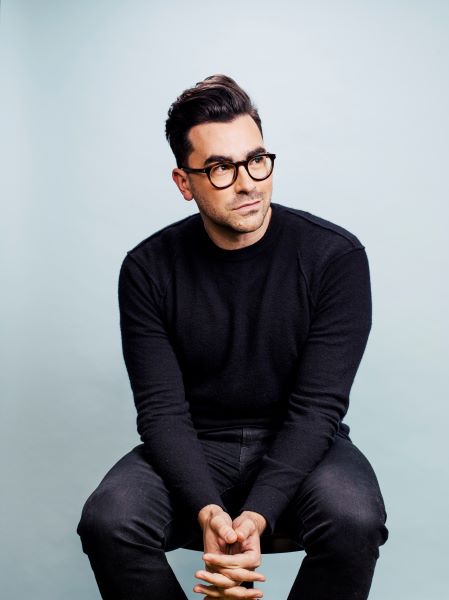 Daniel Levy is an Emmy® winning showrunner, writer, actor, director, and producer, best known for his work on one of the most beloved shows on television, Schitt’s Creek, which he co-created with his father Eugene Levy. For its sixth and final season, the series received nine Emmy® wins, becoming the most awarded comedy series in a single year and breaking several records.

In 2013, he formed Not A Real Company Productions with his father and principals Andrew Barnsley and Fred Levy to create Schitt’s Creek, a half-hour single camera comedy for CBC/ITV/Pop. In addition to being the co-creator, showrunner and executive producer of Schitt’s Creek, Levy also stars alongside Eugene Levy, Catherine O’Hara, Annie Murphy, and Chris Elliott.

Like his show, Levy has earned several awards and accolades including Best Comedic Performance at the MTV Movie & TV Awards, the CSA Radius Award, the Visibility Award by the Human Rights Campaign, the Davidson/Valentini Award by GLAAD and most recently, was recognized as one of the Grand Marshals for NYC Pride 2020.

Levy began his television career co-hosting MTV Canada’s flagship show MTV Live and later co-wrote, co-hosted, and co-produced the critically-acclaimed ratings hit The After Show and its various incarnations, including The Hills: The After Show and The City: Live After Show. Levy also wrote, produced, and starred in his own Christmas special for MTV, Daniel Levy’s Holi-Do’s & Don’ts and co-hosted the MTV Movie Awards Red Carpet, the X-Factor pre-show, and national coverage of the Vancouver Olympic Games for CTV. Levy also co-hosted The Great Canadian Baking Show, and has also made a guest appearance on Modern Family. He made his film debut opposite Tina Fey in Admission. In 2019, Levy signed a multi-year overall deal with Disney’s ABC Studios to develop and produce scripted projects for the studio. Recently, Levy starred alongside Bette Midler, Kailtyn Dever, Sarah Paulson, and Issa Rae in Coastal Elites, written by Paul Rudnick, directed by Jay Roach, and produced entirely under quarantine that aired on HBO.

Up next, Levy appears in the romantic comedy Happiest Season for TriStar Pictures and Entertainment One, streaming on Hulu November 25. 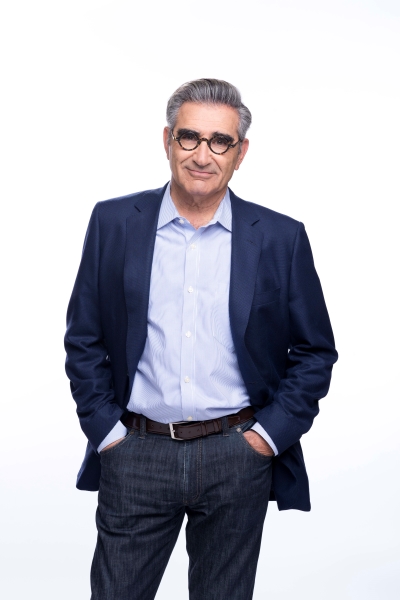 Eugene Levy is an Emmy® nominated, award-winning actor, writer, and producer. He is best known for his work on one of the most heartwarming shows on television, Schitt’s Creek. He also has appeared in more than 60 motion pictures to date, eight of which having topped the $100M mark. The box office success of films such as Bringing Down The House, Cheaper By the Dozen 2, and Father Of The Bride Part II have established him as one of Hollywood’s most popular comedic actors. But it was the role of Noah Levenstein in the American Pie franchise that cemented his reputation as America’s favorite Dad. Levy’s most recent big-screen role was that of Dory’s Dad in the Disney/Pixar smash Finding Dory, in which he stars alongside Ellen DeGeneres and Diane Keaton.

Levy has been nominated for and won countless awards for his films including a New York Film Critics Circle Award and a Grammy Award® for A Mighty Wind and a Golden Globe® nomination for Best In Show. Other films include Splash, Armed and Dangerous, Multiplicity, Club Paradise, and Serendipity.

In 2013, Levy formed Not A Real Company Productions (with his son Daniel Levy and principals Andrew Barnsley and Fred Levy) to produce Schitt’s Creek.

In 2016, Levy won Lead Actor in a Comedy at the Canadian Screen Awards and, as Executive Producer, the CSA for Best Comedy, an award he shared with Daniel Levy, among others. Schitt’s Creek swept the Canadian Screen Awards, winning nine of a possible 10 categories. Levy also received the prestigious Legacy Award (along with co-star and long-time collaborator, Catherine O’Hara) from the Academy of Canadian Cinema & Television. Levy was nominated for Outstanding Lead Actor in a Comedy and has previously won two Emmys for his writing on SCTV.

Levy is a Member of the Order of Canada and a recipient of The Governor General's Performing Arts Award – the foremost Canadian honour for excellence in the performing arts.

Gerry Dee is a Canadian game show host, actor, and stand-up comedian. He is currently the host of Family Feud Canada, and prior starred and co-created the hit CBC sitcom, Mr. D. He is the 2013 Winner of a Canadian Screen Award for Best Performance by an Actor in a Continuing Comedic Role. This former school teacher, turned comedian, also released a book called Teaching: It's Harder than It Looks.

You may also recognize him from TV network, The Score on Gerry Dee-Sports Reporter and Donny from Trailer Park Boys: The Movie. He finished third on Season 5 of NBC's Last Comic Standing, still the highest placing by a Canadian in the show's history. 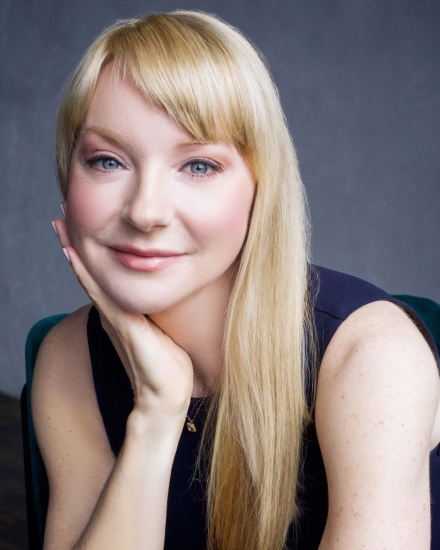 Beloved comedian Jessica Holmes has been a perennial favourite on Royal Canadian Air Farce for 15 years, and has brought the house down opening for giants such as Ellen DeGeneres, Russell Peters, Jerry Seinfeld and Oprah Winfrey. Her hilarious take on life’s challenges as well as her unique knack for skewering celebrities (including Nikki Minaj and Celine Dion) have audiences in stitches. Her customized emcee and entertainment presentations — which include motivation and wellness — are always a hit.

Hoping to help end the stigma around mental health issues, she openly shares her personal stories and has even published a funny and inspiring book, Depression The Comedy: A Tale of Perseverance, taking readers deeper into her mental health journey.

She has earned various awards including a platinum award at The Worldfest International Film Festival, prestigious Tim Sims Scholarship and nominations for Gemini Awards. She stars in The Holmes Show and has also starred in the films Welcome to Mooseport, Citizen Duane, and Moonpoint. She also appeared in the pilot for The Communist's Daughter, which won the JFL ComedyPro competition in 2018 and continues to perform comedy across the country.